MangaReader » I Didn’t Save You To Get Proposed To 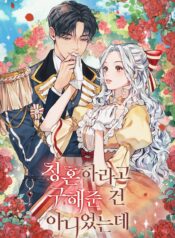 I Didn’t Save You To Get Proposed To:

Read manga I Didn’t Save You To Get Proposed To on treemanga.com As usual, I was going home from work. But suddenly I had an accident. Before I left, I heard someone’s voice in my head. [I’m Elsia Artise, please save him, please, you can do it!!] That was the last thing I was aware of before fainting. After opening my eyes, I found myself in a different place… This place was in a novel that I read before that accident happened! I already possess the body of Elsia, who will die as soon as the novel begins. There’s only one thing I can do to survive. It was following Elsia’s request and distorting the original! First, it was to save Ixion, her unrequited love, who was assassinated and killed. “Prince, I am here to warn you of the assassination that will take place today.” I succeeded in saving him by using information from the original, I just want to live a comfortable life that has nothing to do with the original. Until I received a letter… “I owe you a lot of favors. I hope you will come to the capital immediately because I want to repay this favor with a marriage.” Ixion’s marriage proposal, which I thought was the end of our relationship. “Prince, I didn’t save you so you could propose to me?” Can Elsia peacefully refuse his marriage proposal and return to her comfortable life?